House of Cards on Netlflix is great 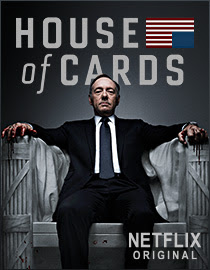 Netflix has an original series for their Watch Instantly streaming platform called House of Cards. It basically showcases the dirty side of politics by showing it to you from the perspective of a man looking to become president of the United States. The lives he destroys, the people he uses, it's all an amazing trip. The main character is evil, there is no other way to explain it

The show occasionally breaks into the main character's imagination where he will get into a dark explanation of his situation or reasoning. I'm reminded of the voice overs in Burn Notice, before the series began repeating itself endlessly that is.

All 13 episodes of the first season season are up for view on Netflix's Instant View Streaming service.
By Zaric Zhakaron at 4/22/2013