An Empty World... of Warcraft. What they did wrong with late Pandaria.

Taking an hour to for my day off I decided to hop onto the World of Warcraft, I heard that my server got merged with two others and I was looking forward actually having people in the world again.  Alas, that was not to be.  A search of the leveling areas, to grinding areas, the entirety of Pandaria ended without finding a single player.  Oh sure there hanging at the shrine, or in Stormwind/Orimaar...  But that shits boring!  And very, very disappointing.

Thinking back to Classic, or as some people call it, vanilla WoW I'd run through zone on my ground mount (because flying mounts didn't exist) and I just see tons and tons of other players.  Not busily the more zones you add the more the population gets deluded among those zones, but you'd expect siege at least one zone with another player in it.  I circled all of Pandaria! OF PANDARIA!  How fucking disappointing is that?!

Wind down the landfall area, all of the rare spawns were up and although both sides had things captured, there was no evidence of activity whatsoever -- as if some guy came through captured a couple things and left.  I finally did find a fully decked out shadow priest to kill the island of the thunder king, but otherwise that was empty too!

The priest then switched characters to tell me 'You better leave isle...' and proceeded to come back with a hunter friend. After I killed the both of them, they left and the thunder king area was dead. 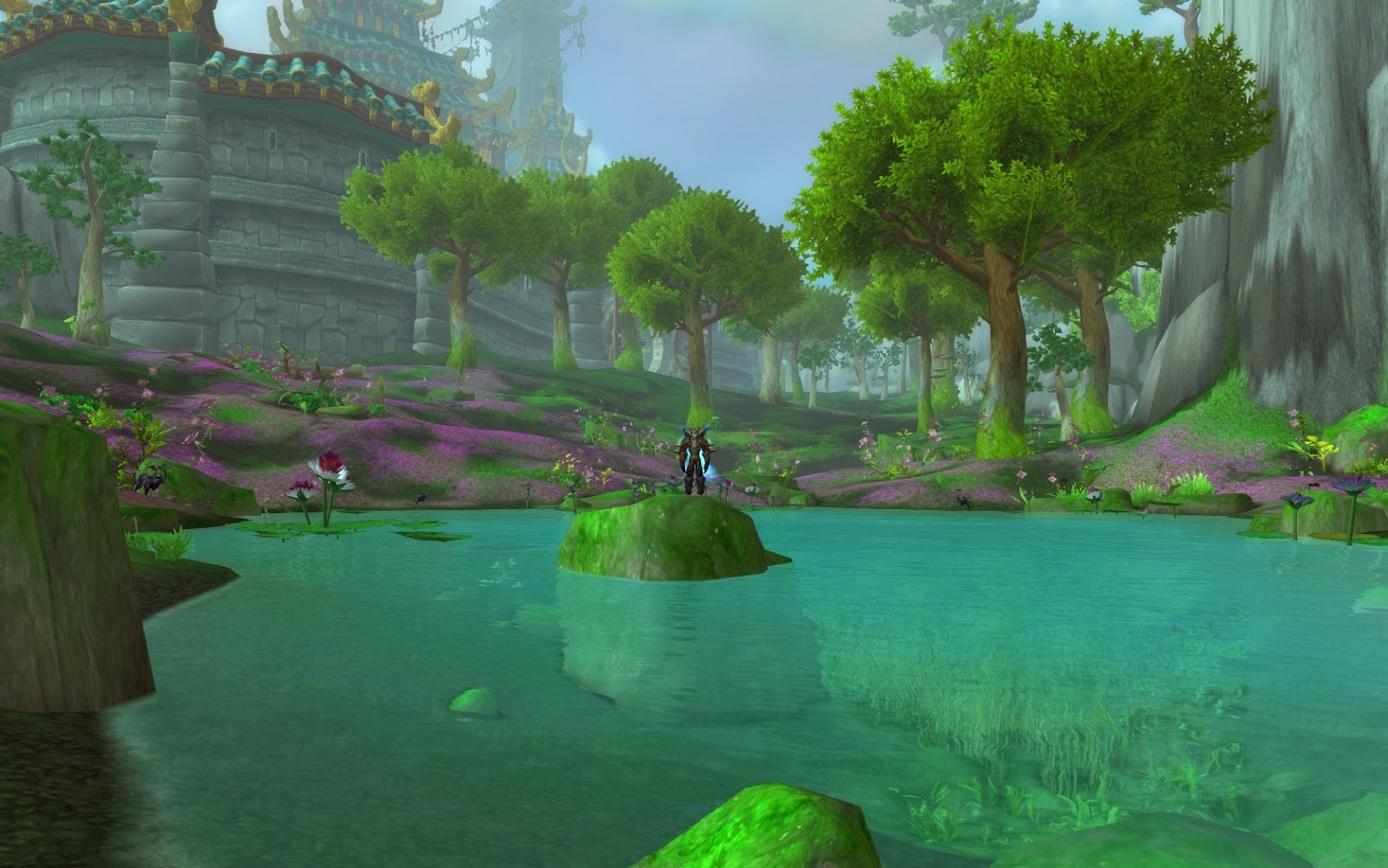 Aside from a handful people wandering around the timeless isle, Pandaria is empty!  What a fucking joke!  I mean all you really need is the gear from the timeless isle, so why go anywhere else? I understand the idea of making other areas obsolete with new expansion packs but really, they singlehandedly KILLED every pandarian area leading up to the endgame instead of merging the endgame with it...

I was onboard with Pandaria, I thought it was awesome from beta onward. It was NOT the shitpile that was Catacyslm. For the most part -- they did it right. When they finally introduced Warcraft elements to Pandaria, such as landfall, it was exciting. The Quest Stories were all engaging and I just wanted more!

That said, this final patch but between RUNING THE VALE and adding external islands to draw endgame players AWAY from the main land was just stupid.
By Zaric Zhakaron at 2/11/2014