The Greenlight program is an amazing idea that I fully support; that said however, I have noticed a trend of games seeking Greenlight status. These reto-style rehashed games are single player and offer few or no new game mechanics. You are going to have to add something new if you want people to buy your game.

There are lots of games from the past that the addition of new features like Online Co-Op or a fleshed out story world make for a terrific buy... but a lot of these games seeking Greenlight offer none of the above.

Here's one thing I found interesting by the way, I voted to Greenlight Miner Wars based entirely on the opening video and game-play videos that were available at the time but after it was released on steam I read a more full review explaining how lackluster it was and that just MADE ME SAD. The backstory for Miner Wars was simply brilliant and would have made it could have made a SCIFI EPIC.


See for yourself in their official launch trailer: 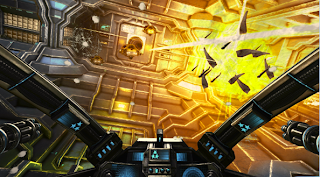 Unfortunately despite the brilliantly written back-story  the game-play of Miner Wars fails to stack up. I hope that whoever wrote that looks into having novels produced instead. I have zero doubts that it would become a hit among scifi fans.

But, I got a little off-topic. Greenlight, yes. Several good games have come out of Steam Greenlight but the majority that sit awaiting confirmation are hardly worth my time to click "I'll pass".
In terms of actual Steam Greenlight releases, I recommend having a look at Mc Pixel, DLC Quest, and Organ Trail.