Phasing in World of Warcraft is a mechanic that needs work 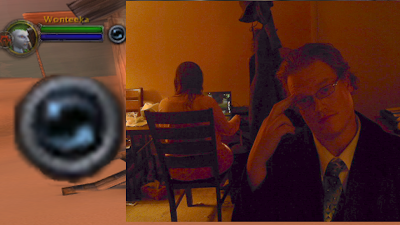 I was tempted when creating this to simply title this article "Phasing Sucks", but that's not even close to accurate. Phasing is a great tool, with phasing they've been able to tell amazing stories such as a player participating in a campaign to conquer Silverpine Forest, Icecrown, or many of the other countless Quest Stories that World of Warcraft has to offer.

For those who wonder "WHAT IS PHASING?" it's simple: There are multiple versions of an area existing in the same game-space. This allows the quests you participate in to affect the world around you. So, you could build a fortress, see the area around you catch on fire and burn to the ground and more!

A long leap beyond the old quests of classic Pre-BC WoW... but still, there is a clear and present downside.

That is when running through a quest with a friend, or in this case my wife. My Blood Elf Paladin was level 85, experienced all of Catacylsm while her Troll Druid was level 83. What does this mean? Large chunks of our gaming experience had periods where her character would fade away and I'd be unable to assist her. 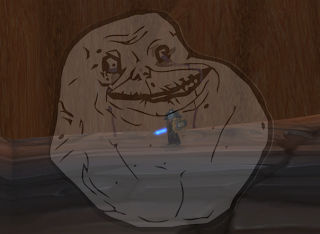 All I could do is sit in the area or go do something else, in other words, it sucks. The developers would be wise to add a side-kicking function where the group leader could pull group members into an earlier phase.

The fact the system wasn't designed this way to begin with in a mass MULTIPLAYER online RPG speaks volumes to the evolution of the game.

Without this feature you are left with these singleplayer chunks that aren't all that fun when you logged on for the sole purpose of playing with someone else.

Still got one more level before we can play through Panda-Land together on the horde side. That'll have to wait until next week.
By Zaric Zhakaron at 12/27/2013