Waiting in Denver... Technology can be silly sometimes. 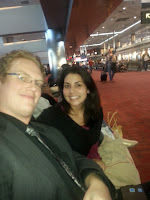 While I'm stuck in Denver for a little bit I figured I'd show off a couple more pictures, my co-worker Machelle is habitually running off and sightseeing, leaving me with the luggage. It makes me thankful for the public power sockets they locate so close to the seating.

To say we are going to be late is an understatement. Not only did my flight get canned, and I was rescheduled, but the connecting flight was also delayed, by over an hour.

We knew we'd be waiting around for a while before the delay, but now it's just silly. So, trivia time; not a lot of people know this but, Did you ever wonder why people used to say "You can't use your cellphone on the plane?" well for the most part it stemmed from a misconception that somehow your cell phone was going to mess up the plane's instruments. This is and has always been false. 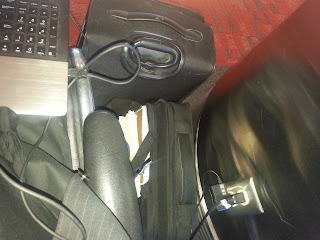 The shear amount of shielding and signal resolution involved in how a plane works makes it 100% immune from the petty interference a cell phone could produce.

So, why has the rule been in place for so long? It has nothing to do with the FAA. The only regulations against using a cell phone in the air come from the FCC, due to how cell towers work, connecting to them in a rappid succession, like how it is possible to do while flying, is to my knowledge, able to clog the network to some degree. No big deal if a few people did it, but if every person flying everywhere did it, we'd likely see some stress as a result. Or perhaps not! Either way, that's why the rule exists. 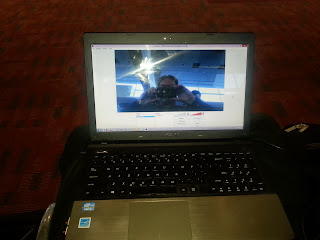 Aside from that of course, there's the simple courtesy issue, talking on the phone while next to other people is bad, duh.