Ever played Diablo 2: Lord of Destruction in it's later days? Remember Seasons? No? Seasons were a special way of "resetting everyone" without actually taking anything away from them. 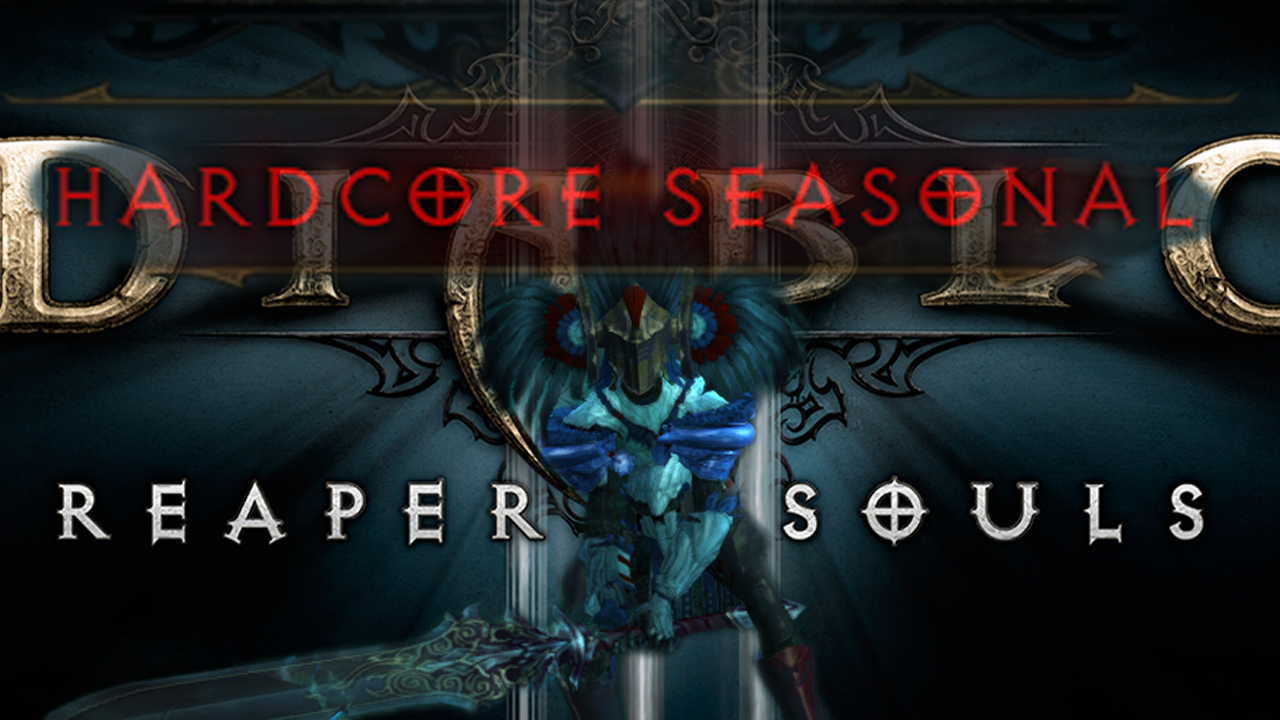 Players who opted into the Seasonal Ladder start the game again fresh without having everyone already geared up and done with the game. On equal footing, you are no longer the underdog of underdogs, the adventure is remade as everyone fights together once again. Brand new loot is created just for seasonal characters.

When the season ends, all seasonal characters join the general population bringing their seasonal only items with them. That is when a new season starts and everyone can begin again, fresh with brand new items to obtain; such was the way of Diablo 2 and everyone loved it, now it's out for Diablo 3! 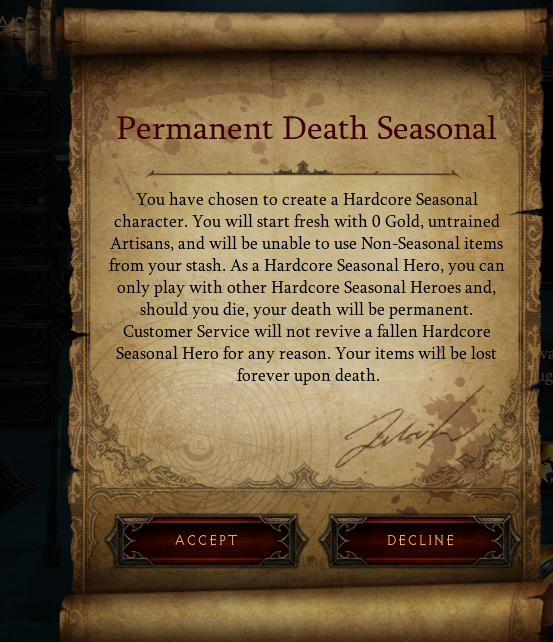 The first season of Diablo 3 started on August 29th 2014 at 6pm; my friend Darkchromium and I started leveling brand new characters for the season. Not just any characters, Hardcore Seasonal characters. That means that:

The rules for the run are simple:
1 - If you die, your character is automatically DELETED. (Function of Diablo 3)
2 - You can not interact with Non-Hardcore Seasonal Characters, that means not regular characters, not regular seasonal, not non-seasonal hardcore. Furthermore all your stuff/paragon-levels, everything from regular/reg-seasonal/hardcore are inaccessable! YOU START FRESH. (How seasons work)
3 - Only playing that character when Darkchromium is online, no exceptions. We may do public games, we may have clan drop-ins to help us.
4 -  If I die it's Game Over, a video showcasing the character's life will be posted here. If he dies, I'll probably help him level up again (He's never done hardcore before, I've got Hardcore Paragon 211)

Endlessly in search of the Mask of of Jeram that came so easily to his regular hardcore characters, seasonal has yet to reveal one to him, once he gets it, his minions will be supreme.

An already powerful crusader, he is always seeking the legendary sword Maximus in order to create a demon-chain ability to destroy all who stand in his way.

-My Twitch.tv Channel-
I stream more than just Diablo 3
check the FAQ on my Twitch Channel.
Follow @zaric
to see when I stream and get regular UPDATES.
I stream at irregular hours on irregular days.

"Let's Ramble Through" - The freaking campaign!


Picked up a Countess Julias Cameo early on! No need to fear Arcane beams now!


Discovering the Vault, Battle against GREED, and getting the Legendary Gem!

Got a Legendary Vodoo mask that lets me summon powerful Skeleton Minions.