There are a lot of Elder Scrolls 5: Skyrim fans out there, so it's natural a player would want to start at the beginning and play the series from start to finish or to go back and see where it all started. Skyrim is the 7th game in the series, let's look back on them 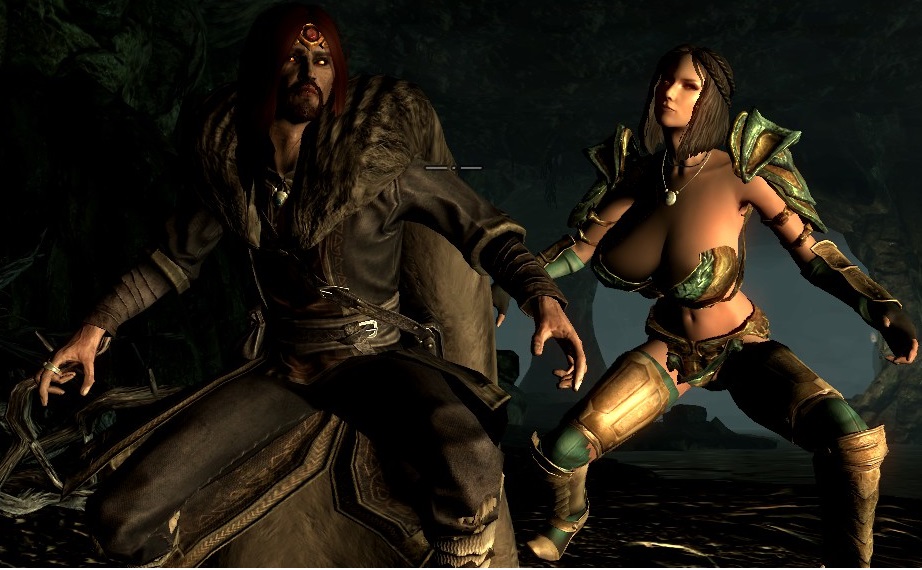 We had Elder Scrolls IV:Oblivion 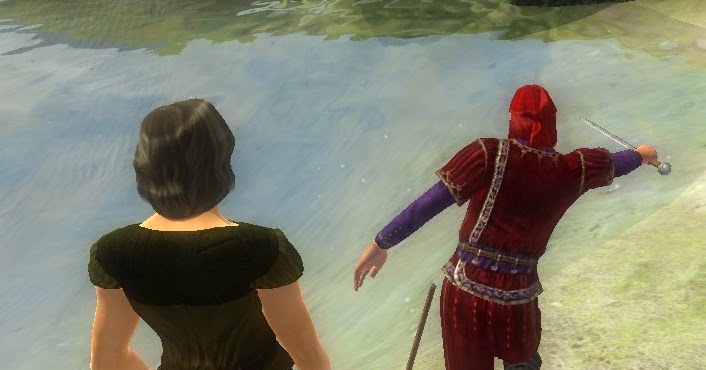 Before that Elder Scrolls III: Morrowind 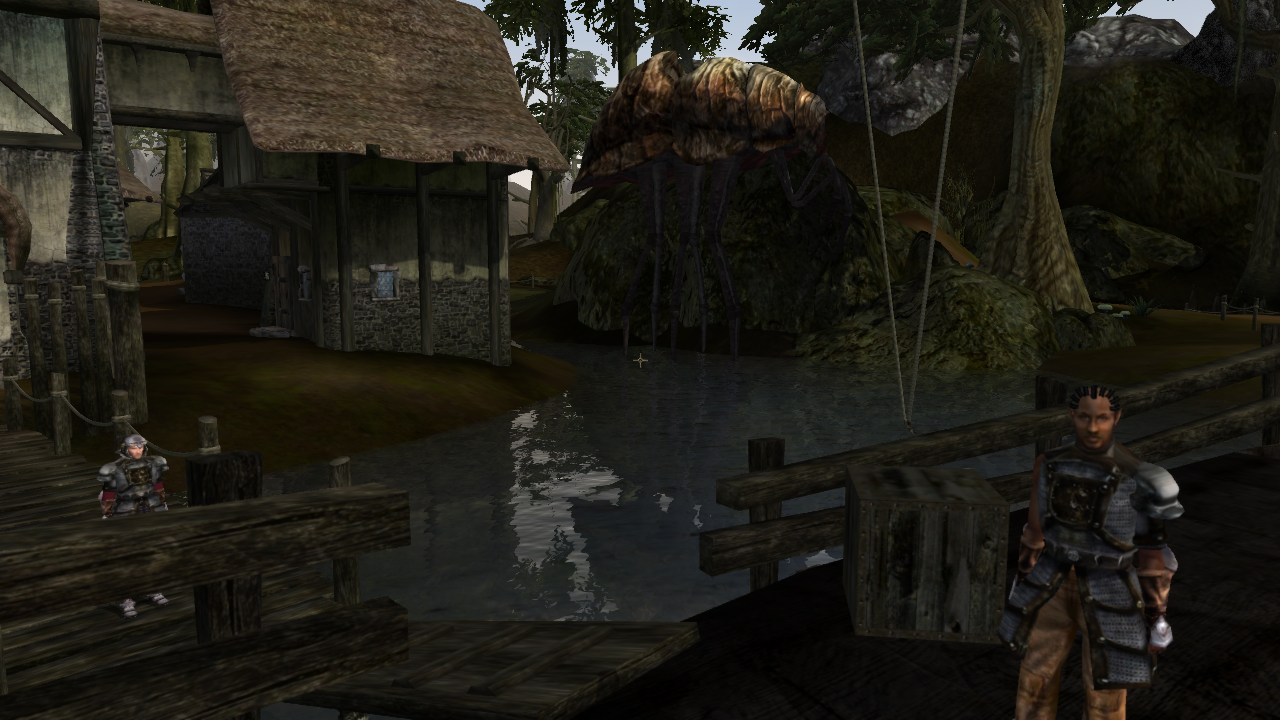 Before that Elder Scrolls Adventures: Redguard 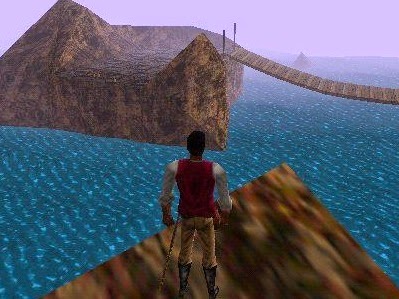 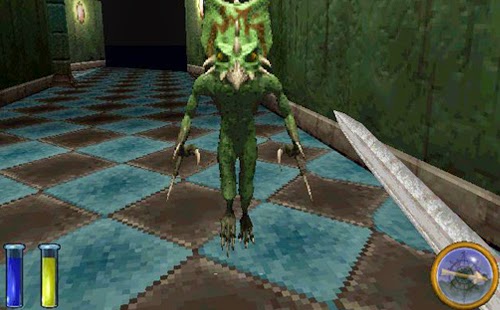 Before that Elder Scrolls 2: Daggerfall 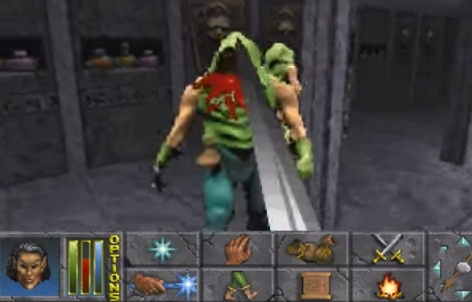 Before that the ORIGIN of the series, Elder Scrolls Chapter One: The Arena. 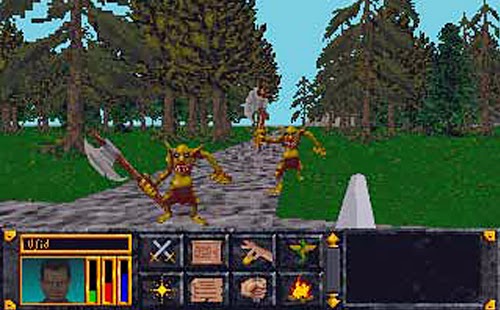 What's with the dashed line?  Anyone who wants to play the older Elder Scrolls games has a problem. They do NOT run on windows.

Also, the Elder Scrolls isn't the only series like this:
Fallout
Star Wars
System Shock (the predecessor to BioShock),
Ultima
and more all had origins that were designed to run exclusively in DOS. Now, the average person isn't expected to have some old DOS machine sitting around to play this stuff on, that'd just be silly. No, that's what DosBox is for. DOSBox is a program known as a emulator and what it emulates is DOS, so that the DOS games can work.

To download it, go to the official site http://www.dosbox.com
Then go to the Downloads link at the top of the page and pick your Operating System.
To download for the Android for Mobile Phones go to the google play store.


How to use DOSBox

Special Key Reference Guide
Alt+Pause - Pauses the DOSBox, makes everything freeze until you hit it again.
Alt+Enter - Toggles Window to Full Screen and back again.
CTRL+F1 - Turns on the key mapper, which basically lets you change THESE BUTTONS
CTRL+F5 - Saves a screenshot to your DOSBox's capture folder.
Hold down CTRL and ALT and then press F5 - Starts recording an AVI video, a poor man's substitute for free programs like Open Broadcaster or pay for programs like Xsplit and FRAPS, Unlike the aforementioned programs, you may have problems with the in-dos-box record function.
CTRL+F6 - Starts recording AUDIO to a WAV file.
CTRL+F7 - Skips less frames to make it go slower and run more in real time.
CTRL+F8 - Skips more frames to make it go faster at the cost of quality.
CTRL+F9 - This kill switch terminates DOSBox instantly. (closes the program)
CTRL+F10 - Traps or Releases the mouse inside the DOSBox window, great for switching in and out of games that use the mouse.
CTRL+F11 - Decreases the CPU cycles the DOSBox eemulates at, makes it go slower because the DOS Computer it's emulating is slower. This usually results in a more choppy experience, but it's good to use if a game is running TOO FAST.
CTRL+F12 - Increases the CPU cycles the DOSBox emulates at, makes it go faster because your DOS computer is faster. Great if your game is runniung too slow and you know your computer can run faster. note: some people have unsuccessfully tried this option because they didn't realize their physical computer's resources where being used up, be sure to before trying this option go to your DOSBox config file and change output=surface to output=opengl or output=ddraw that will relieve a huge strain on your computer.
ALT+F12 - [The Turbo Button] this unlocks the speed of DOSBox and allows it to run as fast as your physical computer can run, which is very, very fast.

fullscreen
If your game starts in full screen mode, at any time you can hold ALT and press ENTER to switch between modes.
* fullscreen=true
* fullscreen=false

memsize
How much memory does your virtual DOSBox have? Some games require higher values, some won't work on higher values. Like many things this should be set on a per-game basis.
* memsize=32

disney
Under sound there is actually a disney setting, for disney sound source emulation, audio in some games won't function if this option present set or is set to false.
* disney=true

serial1
Before USB Ports we had serial ports, you could plug a modem, scanner, printer, so on into one. For the most part, to get a DOS game in multiplayer running it needs a MODEM to make it speak to the internet.
* serial1=dummy
* serial1=modem

It's usually a good idea to figure out what drives you want mounted, and in the configuration file, at the very bottom in the autoexec section, go ahead and perform the mounting there, that way the instant DOSBox opens, all of your pre-game setup will have been accomplished.
By Zaric Zhakaron at 10/29/2014