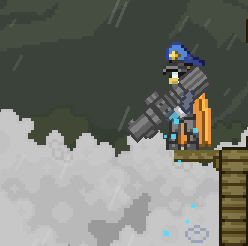 This mod list Mod List was created for Live-Streaming on http://Twitch.tv/Zhakaron and gathering footage for a video on http://YouTube.com/c/Zhakaron
Starbound itself at the time of posting this seems to be a game that received a lot of updates until a few years ago where updates were abruptly discontinued. Despite this, Frackin Universe added features by leaps and bounds until the game reached a "feature complete" state as said by the developers. In it's base state, that is far more complex and difficult than the base Starbound experience. This loadout softens that up with some Quality of Life, Massive Inventory Space, Large and Portable While Full Containers and other tweaks.
The Mod list uses the following Major Overhauls
Frackin Universe
Shellguard Remastered

You can find the full mod list here: https://steamcommunity.com/sharedfiles/filedetails/?id=2848341059
If you have the Steam Version of Starbound you can subscribe directly to this list and have the same loadout I use, keeping in mind if you already have any mods turned on you may run into incompatibilities so ensure everything is turned off before subscribing to it.
By Zaric Zhakaron at 8/15/2022